Founded in a garage, Plantronics was started (and is still based) in Santa Cruz, California in 1961. Yes, that makes Plantronics now more than half a century old. Plantronics is now called Poly.

Poly has 3,000+ employees worldwide. They have offices in 19 countries including Australia, and major facilities in Mexico, England, The Netherlands and, of course, the US.

Currently in Australia, there are almost 200 products available from Poly. These include a wide variety of headsets for mobile phones, headsets for the office, headsets for home, gaming and PC headsets and accessories. Famous for their sound quality, reliability and comfort, Plantronics sure do know how to build a great headset and of course, OfficeLife has Poly approval and authorisation to sell their headset products.

Two pilots tinkering in a garage started Plantronics in 1961. Legend has it that aviation headsets in the fifties were so bulky and uncomfortable that many pilots simply refused to wear them. Those two pilots totally reinvented the headset, and so successful was the venture they started Plantronics. 50ish years later, having exchanged the tiny garage for labs and sound chambers, Plantronics has continued innovating and improving the headset. Today, no one is actively pursuing smarter communications more than Plantronics. Just look at the latest Plantronics wireless headsets available now from OfficeLife. Plantronics is now called Poly.

Poly headsets and products are widely used and accepted throughout Australian businesses. Plus, Poly offers an advanced warranty replacement. 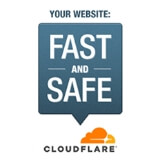 OfficeLife™ is a trademark of Feild Pty. Ltd.